I know, I'm a slacker.  It's been forever since I posted anything to the blog.  But, my busy season is behind me now, and hopefully things will return to some semblance of order around here.
Aside from being crazy with holiday photos at work, several eventful things
happened around here.
My sister-in-law, who has been in college ever since I've known her (15 years now), received her doctorate this month.  It's such an awesome achievement and we were so glad to be there for her graduation and so proud of all she's accomplished. 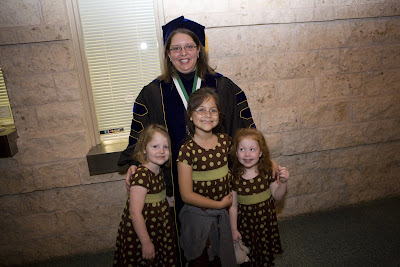 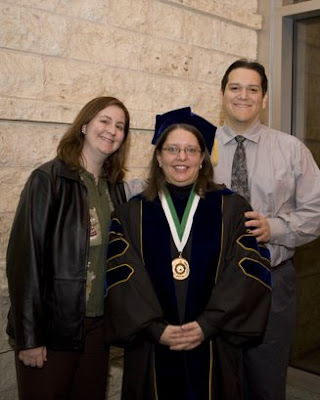 Another thing... it SNOWED in Pearland.  Big fat chunky flakes of snow.  Very exciting for us southern gals.  This is literally the first time I've seen snow fall like this.  It even stuck on the ground for a little while! 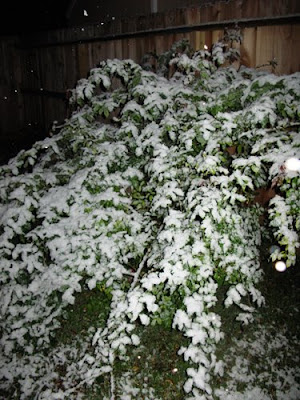 We had a wonderful Christmas with extended family.  My mom's sister is married to my dad's brother, so my brother and I have three "double cousins" - we all have the same grandparents on both sides.  Anyway, typically we're all spread out, but the 5 of us were able to make it to Tyler for Christmas this year (where my Dad's family is from), and it was nice to see everyone and catch up.  The girls had a great time playing outside in non-jacket weather, and my poor uncle got stuck raking leaves over and over again making piles for them to jump into.   Here is me (the oldest of the 5 cousins) with Karen (the youngest)... we were the two girls of the group, with our girls. 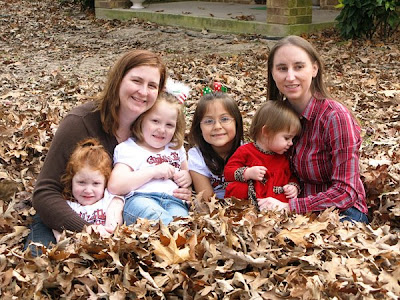 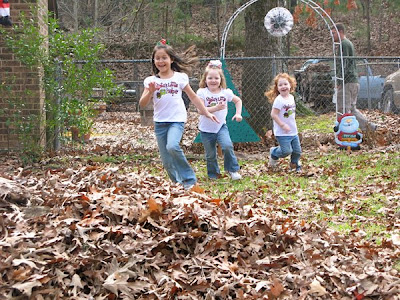 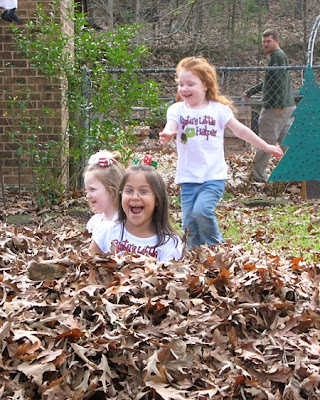 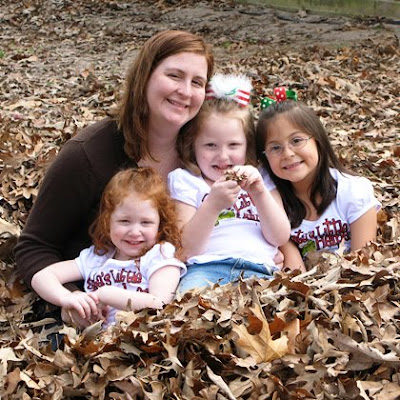 In other news, our house is still awaiting hurricane Ike repairs.  Apparently the shingles we ordered were on backorder or something of the sort, so they haven't gotten them in yet.  We were told today it should be next week... but we've heard that before, so who knows.  After the new roof we will also have to have sheetrock, floors & ceilings replaced.  Hopefully that will take place soon as well.
Our grocery bill has dramatically increased since learning of Clara's allergies.  All that "special" food is so expensive!  Fortunately, feeding her is getting easier now that I've become more accustomed to what she can and can't have and what allergen-free substitutes are out there.
Kevin and I have enjoyed our time off.  He's doing his typical "make the most of it" night-time video-game marathons and I've been on a cleaning frenzy.  I've gotten 5.5 out of 8 rooms in pretty good shape.  There's still plenty to do, but I'm making large strides!   Hopefully I'll be able to go back to work next week with things in a little bit better order... which those of you who know me know that makes ALL the difference in my well-being!!
Posted by Laura Odom at 10:27 PM