So, since even before I opened the studio I've done pictures with live bunnies every year around Easter-time.  This year was no different.  Oh wait - it WAS!  The bunnies arrived at the studio a couple of weeks ago, and of course, the girls were excited.  They asked if they could keep them (this always happens), and I of course said no, but we could probably keep them for the weekend.  They came up to the studio to pick them up one night.  They all held & pet the bunnies.  After a few minutes, Clara began sneezing.  To make a long story short, she ended up in urgent care due to a serious allergic reaction to the bunnies.  Hives, welts, sneezing, swollen eyes, etc.  She ended up on steroids for a week.  So, no more bunnies for Clara.  She even had a hives breakout one night just from the bunny dander on my shirt.  It really stinks.  I was extremely bummed by the prospect of no bunny pictures this year - this will be the fourth year in a row I did a bunny picture with the girls.  SO... I decided we'd still do it, but it would be strategically planned.  Clara took some Benedryl beforehand, and was in the studio pretty much a total of 10 minutes.  We shot fast and furious, Clara did NOT touch the bunny, then we all came home and took showers!  I know I'm crazy, but I still really like the pictures.  :) 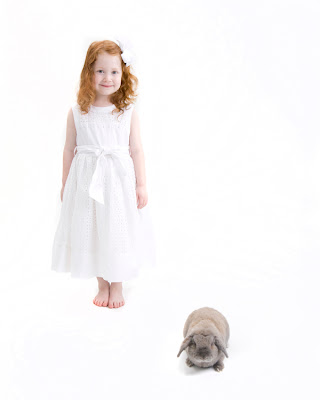 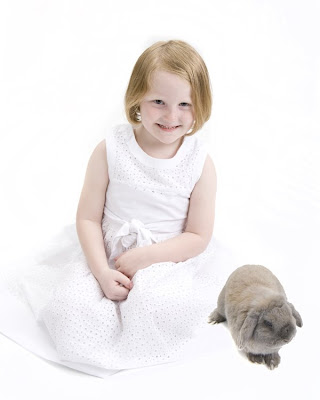 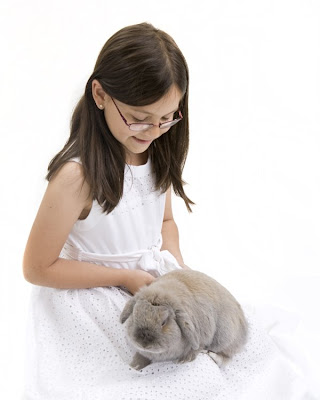 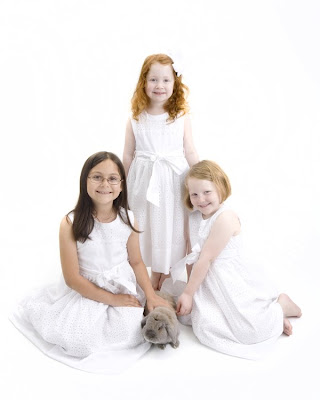 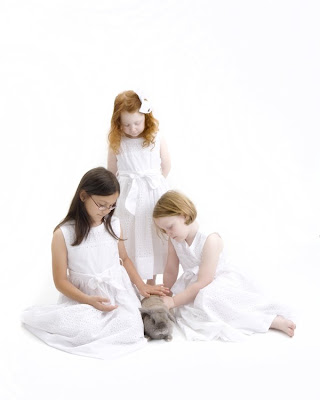