I love pretty much all types of squash, so it's no surprise that Spaghetti Squash is one of my favorite veggies. It's a more uncommon veggie, though, (or at least I never had it as a child, so it was uncommon to me), so I thought I'd go Pioneer Woman on you and try to take pictures of tonight's preparation.
I wouldn't make a good Pioneer Woman... I forgot to document all the steps, but here it is whole (note that yes, I have cut it in half already, but just pretend it's still whole)... 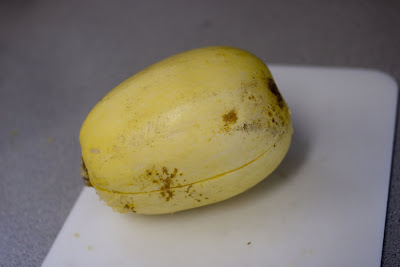 Then you cut it in half. You'll need a good knife. Especially for the humongo-sized spaghetti squash. I have found though, that the little ones cook faster and have a better flavor. Also, you scoop out the pulp from the inside of each half. 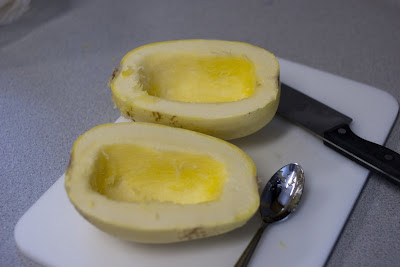 Next you put both halves face down in a microwave safe dish in about an inch of water. (I forgot to take a picture of this, so just trust me). Cover with wax paper, and microwave on high for 15 minutes.
When you take them out of the microwave they will be VERY hot... turn them over and they look like this: (if you stick a fork in them, it will be soft all the way through): 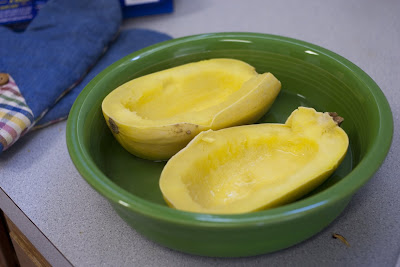 Did I mention the squash is VERY hot? 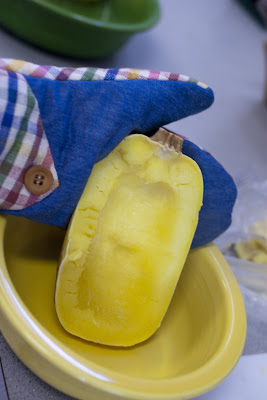 Now just hold with one hand (use a hot pad), and use a fork to scoop out the insides with the other. It will come out in shreads (a la spaghetti). 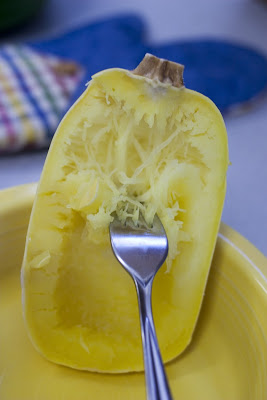 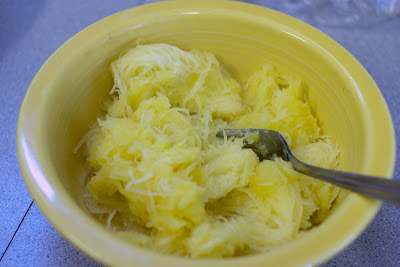 I season mine with butter, salt & pepper. Parmasian cheese is good too, but then my youngest can't eat it, so I leave it out: 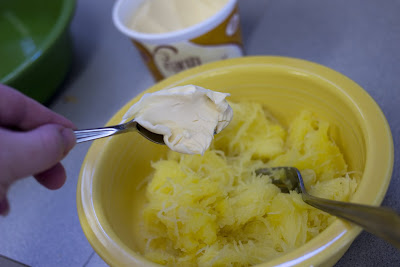 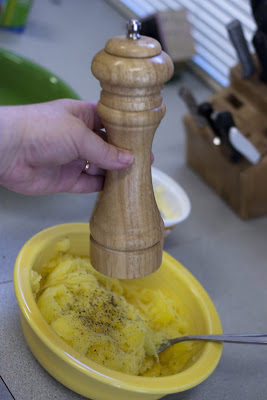 I forgot to take a nice "finished product" shot, but you get the idea. It was yummy.
You could also serve it with spaghetti sauce and totally trick your kids...
Here's the empty shell: 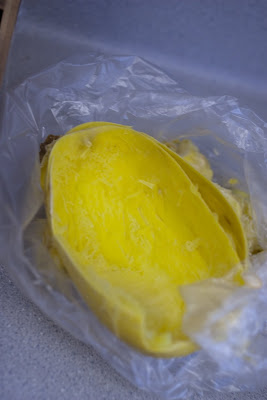 yum...I love spaghetti squash too...makes me want some. We do olive oil, Parmesan , pepper/salt. Butter is always good too...I just took from a food network recipe about the cheese. :)