It was one of those moments...

when I realized Clara was all too quiet... 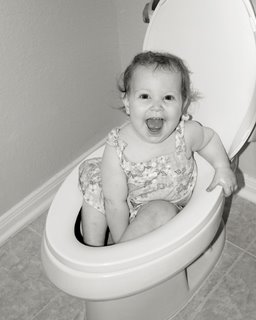 What was your first childhood pet?
A puppy named "Pickles"

What was your favorite comic?
As a child? Not sure really. Probably Peanuts.

What was your favorite childhood book?
Too many to list! A few favorites were "The Troll Music" by Anita Lobel, Sylvester and the Magic Pebble by William Steig, Mr Pine's Purple House by L. Kessler, Alexander and the Terrible Horrible No Good Very Bad Day by J. Viorst & "Pickles the Fire Cat" by E. Averill

Did you have an imaginary friend as a child?
Yes. Her name was Jenny (I think!)

Did you play an instrument as a child?
No. Played Clarinet in band starting in the 6th grade.

What was the first hit single record you bought?
I don't remember. I wasn't really big into pop music as a child/teen.

What tune sums up teenage summers?
I don't know... "Paperback Writer" comes to mind and I can't get it out of my head now to think of other options. =) I always had my nose in a book.

What was first pop concert you went to?
The first concert I went to was a Chicago concert after I was married.

Fave teenage TV program?
Loved watching Wonder Woman as a child... as a teen, I can't remember a real favorite. In college it was Friends/Seinfeld.

Were you a naughty or a good girl at school?
Good, of course.

Miss Popularity, Artsy Pants, weirdo or geek, which of these groups classify you at secondary[high] school?
Probably geek... I was president of the Math Club. Wasn't "popular" but always had a small group of friends. Didn't ever have an Anne/Diana friendship, though.

Girl most likely to [as in year book]?
Didn't make the most likely to list, but I imagine people would have expected me to be successful with whatever I did.

What color did you paint your bedroom as a teenager?
The walls were mauve - had forest green and burghandy accents.

Have you ever been really drunk?
Nope

Did you smoke dope?
Nope

A stupid thing you did?
I was pretty straight-laced ijn high school.. I'm sure there were things I did that were stupid, but no one thing really sticks out in my mind.

If you came to visit me what would we do?
Hang out with my kids during the day... go shopping, hang out at Starbucks in the evening after the girls were asleep & the spouses stayed at the house to watch them.

So how about you?What were you like as a child and teen? What would we do if we visited?
Posted by Laura Odom at 6:31 AM 2 comments: 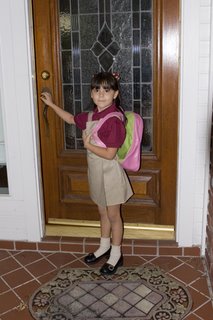 For those of you who I haven't talked to in a while, it may come to a surprise that we enrolled Mallory in public school. I still believe that homeschool is probably the best option for her, but it looks like I'm going to be joining the work force soon. After much prayer and consideration, we made the decision to make the move.

Today was her first day, and she LOVED it. She was very excited and it exceeded her expectations. God was taking care of us when he put Mallory in the same class as her friend Cami. They even get to sit next to one another. I hope that doesn't become a bad thing!

Here are some pictures from her first day... 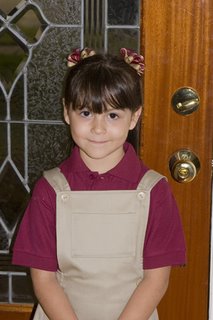 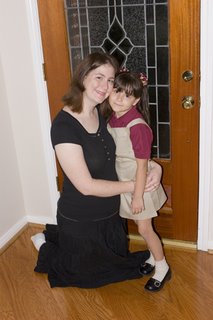 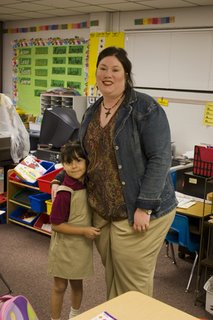 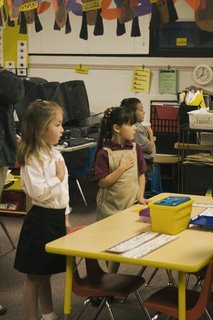 The rest of the story...

Here are the rest of the girls Pumpkin patch pictures:

Be sure to click "View Full Screen" to get the full effect of the slideshow!
Posted by Laura Odom at 8:19 AM No comments: