Despite all the other things I should be doing (editing wedding pictures comes to mind), I was feeling so homemakerish (see previous post) that I decided to go all Pioneer Woman on you and give you a step by step narration on how to cook fideo.

So, what is fideo? It's a Mexican dish that is somewhat a cross between rice and spaghetti. You can get it in the international foods isle at the grocery store. It comes in a yellow box & is very inexpensive (a good thing!) This is two boxes poured in a pan with a little olive oil: 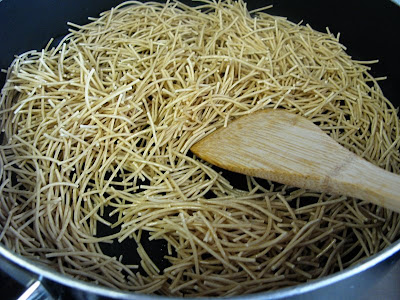 First you brown the fideo. I remember the first time I was told to "brown the rice" I really had no idea what that meant. All you have to do is stir the rice (or fideo) around in the olive oil on high or medium-high heat and wait until it actually turns brown like this. When it's brown, turn off the heat and add some minced garlic: (By the way, this is exactly the same way I make my Mexican rice - just substitue a cup of longrain white rice for the fideo). 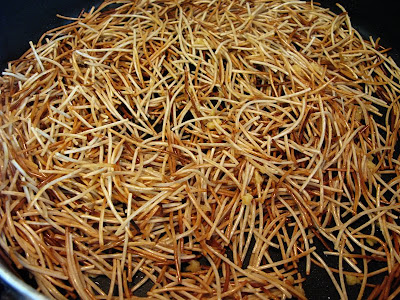 Next pour in a can of chicken broth, 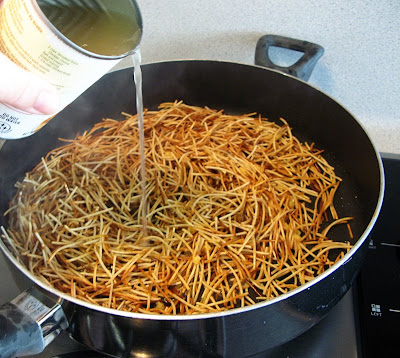 And depending on how much of a kick you want, you can stir in salsa, a whole or half can of Rotel (at varying temperatures), or just some diced tomatoes. I happened to have just finished making some fresh salsa, so that's what I used. 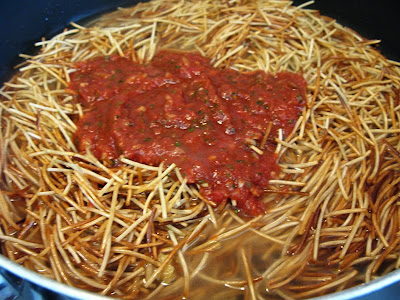 I also like to add some cumin, which the label clearly states has no nutritional value, but adds a nice flavor: 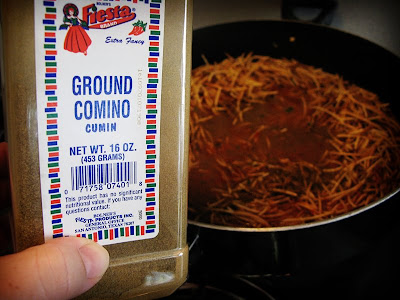 So, now it looks like this. Turn your heat back on high until it starts to simmer. 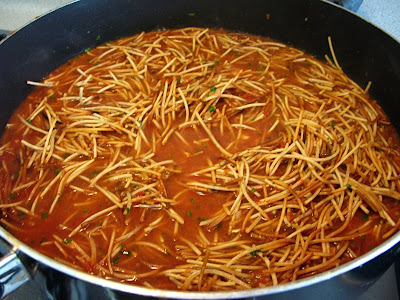 Then cover the pan and reduce the heat to low: 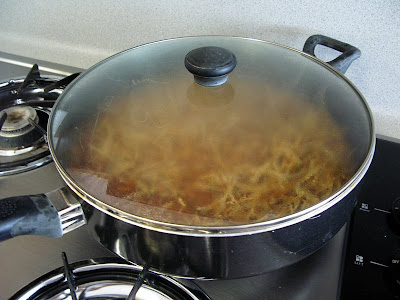 You can remove the lid and stir a couple times to keep it from sticking to the pan. After 15-20 minutes or so (longer for rice) you have your finished product! 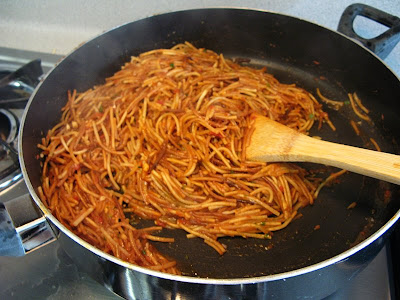